Equipping Ontario’s new Financial Services Regulatory Authority (FSRA) with rule-making authority is critically important to ensuring its effectiveness as an independent, flexible and consumer-focused regulator of financial services and pensions, argues George Cooke, chair of the Board of Directors of OMERS Administration Corporation. 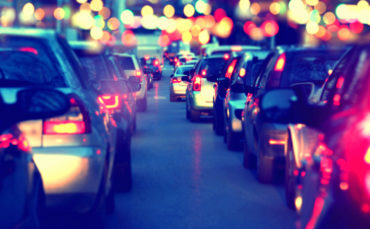 “If rule-making authority is not part of the new FSRA, then it won’t succeed,” Cooke said simply Thursday during the FSCO to FSRA: Panel Discussion, a concurrent seminar and webinar hosted by the Insurance Institute of Canada.

Creation of FSRA – a body that should be operationally separate from government, skills-based, self-funded and governed by an expert Board of Directors – was one of the group’s 37 consensus recommendations.

“We recommended a brand new organization,” Cooke told seminar attendees. “Don’t fix what you’ve got; start over. Leave what you’ve got alone, build new,” he said.

“Rule-making authority is absolutely critical and it is one of the major recommendations that allows this entity to be able to adapt to changing circumstances over time” on a timely and relevant basis, he told attendees.

That does not mean FSRA can simply decide on a rule and implement it, he explained, pointing out the finance minister would have a fixed period of time to veto a rule.

“So we’re not creating some sense of anarchy here by any stretch of the imagination. We have an entity that would have a very broad, specific mandate. The rules would have to be consistent with both the legislation that drives that mandate and that mandate,” Cooke said.

With regard to auto rate regulation, the panel expressed the preference that it be in the “hands of the new expert board to decide how they would proceed and if they have rule-making authority, they would have the capability to otherwise introduce appropriate change constrained by the mandate,” Cooke explained.

“If, in fact, the government is not going to go down that path, then auto insurance has got to get out of this thing altogether,” he argued.

“What happens now is that insurers need to seek approval for rate changes, whether they’re going up or down. The process is quite detailed and time-consuming,” said Barb Taylor, director of policy, Ontario for Insurance Bureau of Canada.

“Those costs, ultimately, get passed on to consumers. So the process is out of line with the trends happening in other jurisdictions,” Taylor pointed out.

FSCO has become overburdened, “with rate regulation taking away from its ability to do other important activities,” she suggested.

FSRA’s mandate would need to specifically note protection of the consumer interest, Cooke said, “but also specifically balances that with the need to have a vibrant, healthy, competitive environment.”

As part of consultations, Cooke reported that panel members “noticed some trends that were going on in the industry.”

That being the case, “what we were trying to do was make a series of recommendations to government that were not only appropriate for today, but would be appropriate for tomorrow, or for that matter, 20 years from now. We wanted to see a structure that would be put in place that actually could evolve.”

With auto insurance, for example, “it’s highly probable that the distributor of auto insurance tomorrow may distribute many other products. It’s also highly possible that it may be distributed by people that are not even in the business today,” Cooke said.

It is necessary to be prepared in situations where new entrants and services outpace existing regulations.

“If you want to contemplate a nightmare in the auto space, think of what (Toronto) Mayor (John) Tory has gone through with taxicabs and Uber and translate it to someone deciding to ignore FSCO, simply because consumers want to receive services in a different way,” he pointed out.

The taxi/Uber situation was one “where regulation was completely behind everybody, including the people who were being regulated,” Cooke said.

“We have a very dynamic world that we’re going to have to regulate. We have to give the regulator the opportunity to also evolve and be equally fleet of foot, if you will, or I suggest to you that we’ll get an outcome that absolutely nobody wants,” he noted.

“The industry has gone through tremendous change and growth and the rate of that change will continue to accelerate,” Taylor suggested.

Anticipating a dynamic, technology-driven future environment, “we need a regulator that is nimble and adaptable and allows for this innovation and change,” she said.

“We would like a new regulator that would adopt a forward-looking definition of consumer interests and recognize that consumers have many varying needs and that open competition is critical,” Taylor emphasized.

“Cost based on degrees of risk achieve a much better outcome than approaches that use rigid rules and directive unrelated to levels of risk,” she argued.

“What we really need is a regulator that can understand how to deal with the complexities of new insurance models, without getting bogged down in old-style patterns of review. We really need to be able to have insurers better meet the needs of their consumers,” Taylor said.

Wider mandate for Ontario’s auto insurance regulator would be welcomed