The recent flooding in Louisiana is expected to cost the economy of the United States between US$10 billion and US$15 billion, with public and private insured losses expected in the low-digit single billions, according to Aon Benfield’s latest Global Catastrophe Recap report. 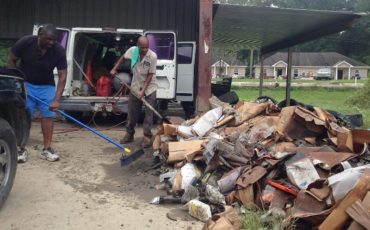 Of note was the days of extreme rainfall across parts of the U.S. Gulf Coast and Midwest that caused catastrophic flood damage in several communities during the month and killed at least 13 people. Public and private insured losses “were expected to be in the low-digit single billions (USD), due to the regionally low participation in the National Flood Insurance Program (NFIP), which has resulted in more than 80% of damaged homes not having flood insurance,” Impact Forecasting said in a press release.

States of emergencies were declared in both Louisiana and Mississippi as several feet of floodwaters left homes, businesses, vehicles and agricultural land almost entirely submerged. As many as 110,000 homes and 100,000 vehicles were damaged or inundated in Louisiana alone, the report noted.

In Italy, a severe magnitude-6.2 earthquake struck central Italy, killing 296 people and causing catastrophic damage in the hardest-hit towns of Amatrice, Accumoli, Pescara del Tronto, Arquata del Tronto and Posta. Total economic damage was estimated to reach into the billions of dollars (USD); however, given very low insurance penetration, the insured loss portion was expected to be a fraction of the overall cost.

“August was an active month for global natural disasters, led by two major catastrophes: historic flooding in Louisiana and a major earthquake in central Italy,” said Steve Bowen, Impact Forecasting director and meteorologist, in the release. “While both these events were multi-billion dollar disasters, unfortunately, the vast majority of the losses are likely to be uninsured, further exposing the reality that certain perils remain vastly underinsured regardless of region. Indeed, as we enter the final third of 2016, roughly 75 per cent of the year’s disaster losses have been uninsured.”

In Canada, powerful thunderstorms impacted parts of Alberta, Saskatchewan, Manitoba and Ontario on Aug. 3 to 4. There were at least three confirmed tornado touchdowns, one of which caused structural damage in Baldur, Man., the report noted. Up to ping pong ball-size hail damaged portions of Saskatchewan, while there were widespread reports of downed trees and power lines as the result of damaging wind gusts in all of the affected provinces. Structural damage to properties was also reported in Glenboro, Man. While there were no fatalities, hundreds of structures were affected, with economic loss in the “10s of millions” of U.S. dollars.

More News
Related
Hurricane Harvey likely to be one of the costliest natural disasters on record for U.S. economy: Aon Benfield
May storms in Ontario, Quebec and the Maritimes caused hundreds of millions in damage and damaged more than 5,200 homes: Aon Benfield
Saskatoon thunderstorm estimated to cost over US$30 million, floods and convective storms cost global economy US$5 billion in June: Aon Benfield
Economic losses from nat cat events in 2016 total US$210 billion, the highest loss amount in four years: Aon Benfield