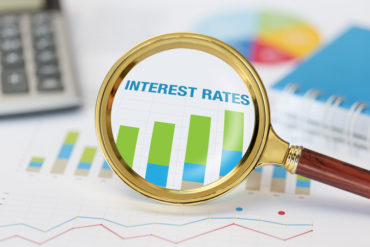 In its scheduled announcement, the central bank said it held off this time in part because it expects the recent strength of the Canadian dollar to slow the rise in the pace of inflation.

To make its case, the bank also pointed to the substantial, persistent unknowns around geopolitical developments as well as U.S.-related fiscal and trade policies, such as the renegotiation of the North American Free Trade Agreement.

Governor Stephen Poloz has introduced two rate hikes since July – at consecutive policy meetings – in response to the economy’s impressive run over the last four quarters. The increases removed the two rate cuts introduced in 2015 as insurance following the collapse in oil prices.

The bank warned Wednesday it expects to stick to its rate-hiking path, although at perhaps a more-tentative pace.

“While less monetary policy stimulus will likely be required over time, governing council will be cautious in making future adjustments to the policy rate,” the bank said in a statement.

Related: After hiking twice, there’s ‘no predetermined path’ for rates from here: Bank of Canada’s Poloz

The bank stressed it will pay particular attention to incoming data to assess the unfolding impact of higher interest rates, the evolution of economic capacity, wage growth and inflation. Its next rate announcement is set for Dec. 6.

The central bank also released updated projections Wednesday that forecast economic growth to moderate after Canada’s powerful performance, particularly since the start of the year.

“Real GDP growth is expected to moderate to a still-solid pace close to two per cent … over the second half of the year,” the bank said.

The bank provided an estimate for the economic impact of incoming guidelines to reinforce mortgage underwriting practices, which were announced recently by the Office of the Superintendent of Financial Institutions. The changes, which will take effect Jan. 1, are expected to trim 0.2 per cent from GDP by the end of 2019, the bank said.

The weaker-than-expected roll out of federal infrastructure spending will provide a smaller boost for the economy in 2017 than the bank had anticipated. The commitments, however, are expected to lift growth over the coming quarters, the report said.