Canadian brokers are optimistic about recent leadership changes at Intact Insurance, their faith based on the new president’s past connections with the broker channel, a Canadian Underwriter poll reveals. 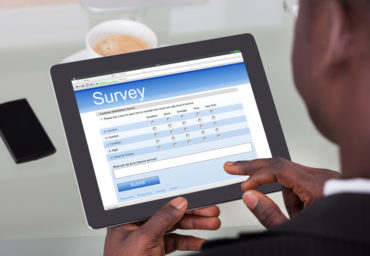 Louis Gagnon, Intact’s new president of Canadian operations, is a prominent former broker and well-known within the country’s broker channel. He has succeeded Jean-Francois Blais, who retired as president of Intact Insurance, effective Jan. 1, 2018.

Gagnon now oversees all company channels in Canada, in addition to marketing and personal and commercial lines operations. His appointment, listed among other leadership changes announced at Intact in December, featured prominently in Canadian Underwriter’s online poll of its broker readers.

“We know Louis, and he has a strong track record of delivering results for Intact in the Canadian marketplace,” as one broker put it.

Conducted last week, the poll asked brokers about recent changes at Canada’s two largest insurance markets — Intact Insurance and Aviva Canada. Four hundred and one brokers responded to the poll, which about evenly represented the views of broker principals and producers. About 80% of brokers polled placed business with Intact.

Brokers told Canadian Underwriter they are paying close attention to the leadership changes at Intact, Canada’s largest company, which wrote just below $8.3-billion in direct written premium in 2016.

“It will be interesting to see what the new folks want to change,” one broker said. “Intact is the company that brokers expect to be consistent in all aspects of the business. As the largest carrier, many competitors follow Intact’s lead. Accordingly, change with Intact creates all kinds of work and effort for brokers with many carriers.”

Sixty per cent of those who understood the changes agreed somewhat or strongly that the leadership change “will positively affect my business relationship with Intact.”

Gagnon’s credentials as a former broker stood out as a significant factor in the brokers’ assessment.

Before joining Intact, Gagnon was a prominent figure in Canadian regional and national broker associations. He is a past president of Regroupement des Cabinets de Courtage du Quebec (RCCAQ), Quebec’s broker association, and a former director of the Insurance Brokers Association of Canada (IBAC).

“I know the new president was a broker so I’m hoping he will have a strong broker orientation,” one broker commented. Said another: “Mr. Gagnon is a former broker and supports the broker channel.”

Although Gagnon’s pedigree is unquestioned, there appears to be a disconnect between brokers and the company about Intact’s future relationship with the broker channel.

“I know Louis Gagnon to be…broker friendly, and believe he will be attentive to our needs,” one broker wrote. “But Intact is a large corporation with its own strategies and Louis is ‘coming in from the cold,’ so to speak, having been recently involved with the direct writing side.”

An overwhelming majority (93%) of brokers agreed that they wanted to “know more about how the new leadership at Intact will work with the broker channel.” Fifty-eight per cent of brokers agreed strongly with this sentiment.

In a statement responding to the survey results, Intact Insurance summarized its broker strategy, saying the new leadership structure focused on all the company’s distribution channels in Canada. “[This] puts the company in a better position to bring to the broker channel the expertise available in the other channels,” the company said.

For example, the company said, technological innovations developed in the company’s Data Lab and Intact Lab will be introduced to the broker channel at a faster pace. The Data Lab is a research and development centre for data analytics that features projects in machine learning and artificial intelligence, while the Intact Lab is a digital innovation centre.