A rain storm in Burlington, Ont. during the summer of 2014 prompted officials from the upper tier of municipal government to take measures to address flood risk on homeowners’ properties, a speaker told insurance professionals at a conference Thursday. 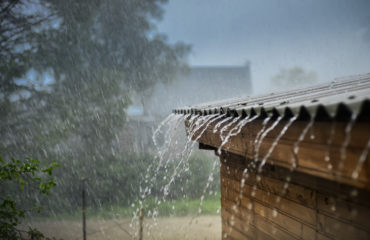 On the Civic Holiday Monday of 2014, about 200 millimetres of rain fell on Burlington, suggested John Duong, manager of systems planning and customer services, public works, at Halton Region.

The rate of precipitation was about 25 millimetres per hour, he suggested, contrasting that with Hurricane Hazel, which delivered about six millimetres of rain per hour over two days in 1954.

At about 5:00 p.m. Aug. 4, 2014, Environment Canada issued a severe thunderstorm warning for Burlington and Oakville. By 11:30 p.m. the City of Burlington’s emergency evacuation centre was activated, Duong said.

“When we receive a flooding call, our typical action is that we would send out one of our operations staff to go out there, investigate the flooding call and see if the flooding came from the drain or was overland,” he said. “This is significant to Halton because we actually provide a one-time ex gratia grant for flooding calls that are caused by sewer backup. We typically have to do this investigation to see if they are eligible for the $1,000 grant.”

That summer, about 2,200 homeowners received a total of $2 million in ex gratia grants, Duong said.

The region’s stormwater system is separate from its sanitary sewer system, he noted.

“We, at the direction of our councillors and senior management, took the efforts to go out to those homes and did work on the private side,” Duong said, of the aftermath of the 2014 flooding. “We did the downspout disconnections. We got contractors to go in there to do weeping tile disconnections, install sump pumps.”

Duong made his presentation during a panel titled Lessons Learned from Ice, Flood and Hail.

“On the private side we continue to encourage homeowners to disconnect downspouts and weeping tiles from entering our system – the direct connections that overload our systems during rain events,” Duong said.

Also speaking was Sharon Pollyck, manager of legislative services and corporate communications for the City of Airdrie, Alberta, which was hit by a hail storm a few days after Burlington homes were flooded in 2014.

The City of Airdrie itself sustained, as a corporation,”just over $3.2 million in damage to city owned infrastructure, buildings and vehicles,” she said.

“We had 44 city-owned sites,” she said. “Some of those were traffic lights that sustained major damage.”

The city is a member of the Alberta Urban Municipalities Association.

“We participate in the AUMA’s general insurance program,” she said.

“At the recommendation of the insurer, the City of Airdrie decided to accept an advance of funds for the entire catastrophic loss,” she said. “This meant that we would manage and maintain all of the projects and budget for the entire loss directly.”

In hindsight, however, that “did not turn out to be good decision,” Pollyck noted.

Initially, Pollyck said, the city “had no reason to include procurement in any of our processes because it wasn’t the city funds paying for the work.”

But not initially including procurement ended up being a problem when the city received funds from its insurer, she suggested.

“With the transfer of the funds into the city’s account, work was now technically being paid for by the city,” Pollyck said. “This triggered the thresholds in our trade agreements. We are bound by two different trade agreements and our internal procurement policies. So at this point an ad hoc departmental claim response committee would have been ideal to help us with the unknown implications.”

As a result, the city “entered into service agreements with our contractors to ensure performance standards were met,” she said. “We did this rather than relying upon a simple work order, which is what we would typically do in a claim.”

One contractor went bankrupt, she added.

“We had real problems classifying our buildings and the maintenance part of them, as well was a bit of a struggle as some information about the amount of scope and repairs kept changing,” Pollyck said. “Further, in some instances, it made sense to combine insurance work with betterments and this further delayed things.”

Staff at one facility “did not agree with the appraisal that was received because the roof had been recently rehabilitated,” Pollyck recounted. “We had a third party vendor come in to do an analysis on the roof and that resulted in a significant increase in the amount of damage that was covered.”

There were also buildings deemed to have aesthetic damage, Pollyck told attendees.

“The insurer offered 10% of material costs and no labour costs,” she added. “City staff challenged the offer and we were successful because the wording in the policy was not clear. We were offered $30,000 and at the end of the day we received $1.1 million. As you can appreciate, our insurer is looking at the wordings and clarifying their wordings.”