2016 was a year of records: the largest catastrophe-related insured losses in Canada’s history, the biggest loss for a single Cat and the most hail events in the month of July, Carolyn Rennie, managing director of Catastrophe Indices and Quantification Inc. (CatIQ), reported Wednesday during an industry conference in Toronto. 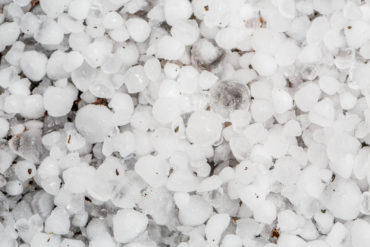 Across the country, incurred losses for the Canadian insurance industry as a result of 2016’s 13 Cat events and at least eight notable events totalled roughly $5.2 billion, Rennie told those assembled for C4 2017: CatIQ’s Canadian Catastrophe Conference.

The notable events – causing less than $25 million in losses – “are estimated at about $17.5 million each,” she pointed out.

“This far surpasses 2013 – nothing I’ve ever seen and nothing we’ve experienced yet,” Rennie said of total insured losses.

Clearly, the Fort McMurray wildfire was the largest Cat loss – accounting for about $3.7 billion in insured losses – but hail made its own dent in a number of provinces.

“The rest of the Cats were still pretty impactful,” Rennie told attendees. “We had a lot of severe storm systems, mainly impacting Alberta,” she reported.

Hail pelted, among other places, Alberta, Saskatchewan, Manitoba, Ontario and Quebec, with the maximum size associated with the Cats in some cases as large as golf or tennis balls.

Using CatIQ’s scale, hail is sized between 0 and 15, with 15 defined as larger than a softball. “Usually within our database, we’ve seen that once we get over 9, we’re up to golf ball-sized hail, we get pretty catastrophic damage,” she explained.

The impact of hail is demonstrated by overall losses by line of business. In 2016, 58% of losses were due to personal, 32% to commercial and 10% auto, Rennie said.

However, removing Fort McMurray from the mix reveals a different story. “Auto is now 33% of the losses, primarily due to the hail damage this year,” she explained.

Even with Fort McMurray losses excluded, “we’re still over $1.4 billion of losses from Cats, which is really just becoming the norm,” Rennie told attendees.

Some provinces, though, were harder hit than others.

“Alberta was the most impacted,” she said. “When we look at annual Cat losses by province, it’s no surprise that Alberta is where mitigation efforts need to be focused,” Rennie argued.

Even excluding the massive Fort McMurray loss, Alberta “still went over half a billion, with Ontario, Saskatchewan and Nova Scotia all seeing significant losses” as a result of the Cats experienced in 2016, she said.

“We did have two lighter Cat years in 2014 and 2015, but there’s no way any of us would have imagined that we would have surpassed 2013 so quickly and by so much,” Rennie told attendees.

“As we’ve all heard, the frequency and severity of catastrophes is increasing,” she said, adding that data over the last nine years illustrates “this is very clear.”

Jim Abraham, conference emcee, director of the Canadian Climate Forum and formerly of Environment Canada, said the conference was attended by a diverse group, including people from business, government, insurance, reinsurance and academia.

“But as much as there is diversity, I see that, really, we have a lot of shared challenges, and a shared mission,” Abraham told attendees.

Saying the group a person belongs to does not matter, “really, it’s all about ensuring our communities are resilient. We really do have a shared mission of public service or societal benefits,” he added.