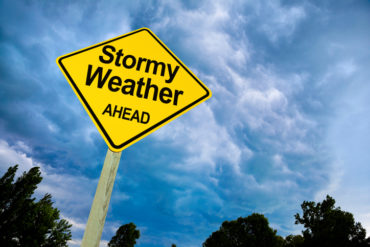 Flooding in southern Alberta and the Greater Toronto Area contributed greatly to 2013’s then-record insurable damage, while 2016 was highlighted by the massive wildfires in and around Fort McMurray.

The latest estimate from Catastrophe Indices and Quantification (CatIQ) indicates insured losses related to the wildfire amount to just shy of $3.6 billion.

This is more than twice the amount of the previous costliest natural disaster on record, IBC noted in a statement Friday.

Country-wide, Canada witnessed more of what seems to be increasingly frequent severe weather and natural disasters in 2016 than just wildfires. Among the most notable events, including some insured loss estimates, are the following:

Don Forgeron, President and CEO of Insurance Bureau of Canada

“The record damage reported in 2016 is part of an upward trend that shows no signs of stopping,” Don Forgeron, president and CEO of IBC (pictured left), says in the statement.

“That is why Canada’s property and casualty insurance industry is calling on governments across the country to come together and implement expansive climate policies that will better prepare Canadians and their communities for when disasters strike,” Forgeron continues.

“Canadians must be prepared both physically and economically for when these disasters inevitably strike,” he advises.

“Addressing current gaps in public policy and consumer protection can only be possible if industry and government work together in the areas of mitigation, adaptation and emergency management – all of which form the basis of a comprehensive climate strategy,” Forgeron points out.

“Our industry will continue to press for a National Flood Program to make our communities stronger, safer, and more resilient when severe weather happens,” he says.

Rocco Neglia, vice president of claims at Economical Insurance, told Canadian Underwriter that “given the trend of more frequent severe weather and natural disasters, it is imperative that as an industry our claims teams must continue to be ready and able to mobilize and respond effectively to large scale catastrophes just as much as smaller localized events. Our recent experiences have also taught the P&C industry that we need to manage accumulation of risk more effectively and re-examine how to properly rate and underwrite for future potential catastrophes of this nature.”

“In the first six years of this decade, federal disaster relief spending rose even more to an average of over $600 million a year. In 2013, federal spending hit a record $1.4 billion largely because of the flooding disasters in Ontario and Alberta,” it adds.