TORONTO – Severe weather events like wildfires and floods are becoming more frequent and more difficult to predict, forcing architects and engineers to rethink how they design buildings, infrastructure and cities. 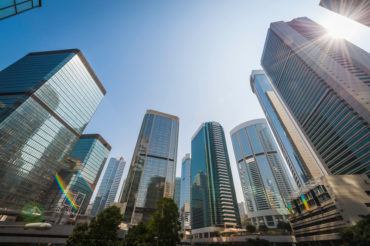 Brock Schroeder, managing director of engineering firm Entuitive, says events such as the fire in Fort McMurray, Alta., and the floods that hit Alberta in 2013 have led to changes in how structures are designed in Canada.

“You can’t put major electrical infrastructure below grade in a downtown office building in Calgary anymore because of the risk of flooding,” says Schroeder.

“Now that (weather events) are becoming less predictable, you need to take a more performance-based approach to how you design a city or how you design a building. It can’t just be the way we’ve always done it before.”

While some of the changes are reactive, others are proactive – for example, using computer models to predict how a structure would fare in the event of an earthquake and designing it accordingly.

Technological advancements in recent years have made it easier for architects and engineers to use computer simulations that test how a particular building would withstand floods, fires, earthquakes and wind events, says Schroeder.

This shift towards the so-called performance-based approach allows for buildings to be designed to take into account a structure’s unique attributes and its surroundings – rather than adhering to the one-size-fits-all approach outlined in many building codes, says Schroeder.

While some building codes are calling for a performance-based approach, much of the change is being driven by the design community and by property owners, who are looking for structures to be resilient, says Schroeder.

“It’s becoming more accelerated with the extreme weather events we’re experiencing, whether it’s a snow event or a fire event in Fort McMurray or even the flooding that occurred a few years ago in Toronto,” says Schroeder.

“People are now asking questions like, ‘How do I design my building to be more resilient?’ It’s becoming more difficult to put these things out of your mind when they’re happening with more frequency. It’s much more forefront in people’s minds.”

Climate change and the resiliency of cities has been a hot topic in recent weeks, particularly in the wake of the wildfire in Fort McMurray. The blaze forced nearly 90,000 people from their homes and is expected to be the costliest natural disaster in Canadian history, according to the Insurance Bureau of Canada.

“Climate change has really been the catalyst in this, and it’s exposed many of the fragilities in our socioeconomic structure,” says Alec Hay of Southern Harbour, a Toronto-based risk, resilience and protection planning consultancy.

While technology has made it easier for building designers to predict how a structure may fare through various weather-related events, it has also made natural disasters more costly, says Hay.