Economical Insurance is looking to “expand its appetite and capabilities into other segments” of the market as it prepares for an initial public offering, president and chief executive officer Rowan Saunders suggested Thursday to Ontario brokers in Ottawa, while Gore Mutual’s CEO confirmed her firm does not have plans to either demutualize or to launch a direct writer. 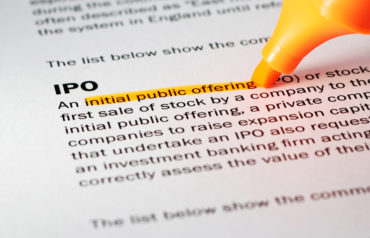 “We are now on the path to IPO,” Saunders said during the CEO Panel, an annual feature of the Insurance Brokers Association of Ontario Convention. “The clock is running and that means we are doing different things. We are getting the culture of the business ready to adjust to public company expectations.”

Economical announced earlier it plans to submit a conversion proposal to the federal Office of the Superintendent of Financial Institutions (OSFI) before Feb. 22, 2018, to convert from a federally-regulated mutual property & casualty insurer.

Once Economical Mutual gets authorization from the regulator, two policyholder votes would be held, A.M. Best Company Inc. noted in a special report, Canadian Property/Casualty and Life Remain Stable as Economy Rebounds, while Housing Market Bears Watching – released Aug. 31. The issues to negotiate include the method of allocating the value of converting the firm, A.M. Best said at the time.

Although four Canadian life insurers (Sun, Manufacturers, Mutual Life and Canada Life) demutualized more than 15 years ago, the federal government did not release regulations stipulating how federally-regulated mutual P&C companies could demutualize until 2015. Since then, Economical’s eligible mutual policyholders – along with the board of directors – have voted in favour of demutualization, a process that still requires government approval.

At the time those regulations were issued, there were six federally-regulated P&C mutual insurers, in addition to Economical. Other federally-regulated mutual include Wawanesa, Portage La Prairie, The Kings, Saskatchewan Mutual and North Waterloo Farmers – which has since merged with Oxford Mutual to form Heartland Farm Mutual.

Another federally-regulated mutual is Gore Mutual of Cambridge, Ont., whose president and chief executive officer, Heidi Sevcik, was also on the CEO Panel Thursday at the IBAO Convention, held at the Shaw Centre near Canada’s Parliament Buildings.

“On the (Gore Mutual) board, the two key decisions that we have made are number 1, to remain a mutual and that delivers a unique value proposition for our brokers,” Sevcik said in reply to a question from moderator Jim Harris. “Number 2 – 100% broker distribution. What that means for us is we are not building out any direct capability.”

By contrast, Economical has launched a direct writer arm under the brand name Sonnet.

“There is a strategic agenda,” Saunders said during the panel of Economical’s preparation for an IPO. “We are standing up a digital direct business, that’s the Sonnet business which we are trying to do in a very respectful way to our broker partners, and then there is the commercial strategy. We are primarily an SME – small middle commercial business. And we are looking to juice that up but also expand our appetite and capabilities into other segments.”

Saunders, a former CEO of RSA Canada, appeared Thursday on his first IBAO Convention CEO Panel in his capacity as CEO of Economical.

“I had a long and enjoyable career with RSA,” Saunders said, suggesting RSA Canada is now in “good hands” with new president and CEO Martin Thompson, who also spoke on Thursday’s panel, along with Intact Insurance president Jean-Francois Blais.

“The opportunity for me to join Economical at this stage of its history, a 145-year-old mutual company going down the path of demutualization – Canada’s first general insurance company to do that – and to lead the business through an initial public offering with the objectives of building kind of a best in class Canadian leader, was just too good an opportunity for me,” Saunders said of his decision to accept the position in 2016 as Economical CEO.

Federal regulations “basically preclude anything” other than an IPO for a P&C insurer if it is successful in demutualizing, Karen Gavan, then CEO of Economical Insurance, told Canadian Underwriter in late 2015.

“There is a requirement that from the point of demutualization and for at least two years (after), our shares must be widely held,” Gavan said at the time.

“Canada’s investors have had a fantastic experience with P&C investing, certainly through (Intact Financial Corp.),” Saunders said Thursday during the CEO Panel. “Certainly there is a huge interest in that.”

At Economical, “there is lots do to in terms of addressing some of the underperforming portfolios,” Saunders added. “We are a big auto underwriter. Auto does have its cycles. This is a difficult part of the cycle.”