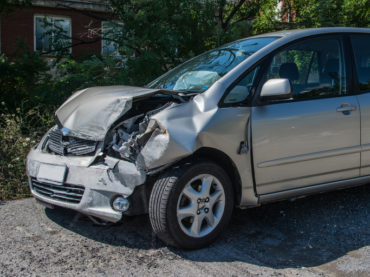 “In B.C. today, claimants receive less than 60% of their premiums as benefits, with the remainder going to scheme costs including legal costs and disbursements,” EY said in the report, which was commissioned by Insurance Corporation of B.C., the crown corporation that runs Autoplan as a monopoly and that sells optional additional auto coverage in competition with the private sector.

“A key feature of the new scheme design is a restriction on benefits for minor injury claims (where a minor injury is defined as a soft-tissue or psychiatric or psychological injury only),” EY said of New South Wales.

“Ontario has one of the least effective insurance systems in Canada,” EY said. “It is filled with disputes and inefficiencies, and a very high percentage of premiums is going to experts and lawyers rather than directly to claimants.”

“The Marshall report (“Fair Benefits Fairly Delivered”, April 2017) contains many useful learnings for BC in terms of opportunities for creating a better and more efficient system,” EY said in Effective Auto Insurance – a New Road Forward for British Columbia.

In Ontario, Marshall suggested that neither insurers nor personal injury lawyers are to blame for the current state of affairs but insurers “are incented to close their liability with as little cash cost as possible and, hence, they introduce the practice of negotiating cash settlements with claimants in lieu of medical treatment, future wage and other future benefits” under the Statutory Accident Benefits Schedule, Marshall wrote.

Ontario should change its regulations “to include only broad principles and entitlements” for auto accident benefits and should establish an “arms-length regulator with a skills-based board” to oversee auto insurance, Marshall wrote in his report.

“In many ways, the need to have lawyers involved to negotiate settlements in what should be a straightforward, no-fault, accident benefits system signals a failure in the system,” Marshall added. “There should not be so much uncertainty that neither accident victims nor insurers are confident as to what constitutes fair benefit.”

“Fundamentally, auto insurance in BC has structural problems and requires major reform to resolve these issues,” EY said. “Very similar” to Marshall’s observations in Ontario, “these issues in BC have not materialized overnight,” EY added.