U.K. companies waiting for a clearer sense of the future under Brexit is a risky supply chain strategy that could result in net profits across key industries plummeting an average of 30%, suggests a new study released Tuesday by Bain & Company Inc. 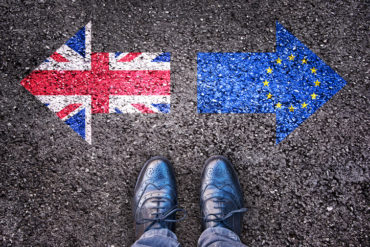 “Disruptions to supply chains could reduce net profits of key U.K. industries by as much as 30%,” notes the study, Is Your Supply Chain Ready for Brexit?

Specifically, London-based Bain & Company reports, the impact of a shift to standard World Trade Organization (WTO) tariffs would be 2% to 10% on all exports and imports, a 10% increase in the cost of U.K. labour and 20% depreciation in the British pound.

A wait-and-see approach appears to be the riskiest option, with the study arguing it is necessary to make supply chains Brexit-ready sooner rather than later.

In fact, a supply chain strategy designed for uncertainty can help companies decrease future risks, advises a statement from Bain & Company, a management consulting firm with offices in 34 countries.

“The leadership teams best-equipped to limit any negative consequences from Brexit take a different approach to strategy – one that anticipates a range of future scenarios,” the study found. Four guidelines that can help leadership teams understand how Brexit could play out for them are as follows:

“Leading companies use this approach to balance commitment to a long-term supply chain strategy with investments, and to position themselves to seize the post-Brexit future as it unfolds,” reports Peter Guarraia, head of Bain & Company’s Supply Chain Practice.

“This flexibility allows them to focus on projects that make sense now, while assessing their payoffs under different future scenarios,” Guarraia maintains.

Speculation around Brexit’s impact on supply chains has seen some companies planning to move production out of the country while others are preparing to increase investment in Britain.

Related: Only about 4% of Lloyd’s total business considered at risk from Brexit: Aon Benfield

“Uncertainty around Brexit has left many executives feeling anxious and reluctant to act, but inaction is actually the worst path to take,” contends Thomas Kwasniok, a supply chain expert for Bain & Company and lead author of the research.

Extensive work with clients in the U.K. and across Europe has shown “the most successful companies plan for change by incorporating it into their strategy process. This will enable them to pivot faster than the competition once Brexit details become clear, minimizing the risk to their supply chains,” Kwasniok continues.

A clear or “hard” split from the European Union’s single market and customs union poses the greatest risk to the profitability of companies operating in the U.K., Bain & Company’s argues. (While a lesser possibility, a ‘soft’ Brexit split would involve minimal or no tariffs on trade with the EU.)

Bain & Company’s analysis indicates the greatest negative impact under the “hard” scenario would fall on the retail, automotive and technology industries.

“Food retailers, for example, could see profits fall by £6 billion to £20 billion, though most would offset at least part of that decline with price increases,” the company statement notes. The automotive and technology industries, for their parts, could suffer 20% to 35% declines in profits, the company adds.

There may be some industries that could benefit, the study found.

“Net exporters in low WTO-tariff industries such as aerospace or pharma – an industry characterized by a global production footprint and sales mix and zero tariffs – could potentially benefit from a ‘clean’ Brexit due to pound depreciation and lower U.K. tax rates,” the statement notes.

In the “soft” scenario, “companies that start moving manufacturing or sourcing out of the U.K. risk incurring a higher cost base unnecessarily,” it adds.

Kwasniok makes clear, however, that “Brexit implications would depend on the individual set-up of a company’s supply chain and might vary even between players even in the same industry sector.”

That said, “leadership teams that develop strategic options and hedges for a variety of future scenarios navigate better when new developments unfold,” the statement notes.

“Whatever form U.K. participation in the EU will take, Brexit will have quite significant implications on supply chain choice – what you buy, from whom and from where,” Michael Garstka, who leads Bain & Company’s U.K. practice, says in the statement.

“For the last 40 years, U.K., European and global companies have been making sourcing decisions based on one set of rules. If and when those rules change, strategies and supply chain choices will need to adapt,” Garstka advises.