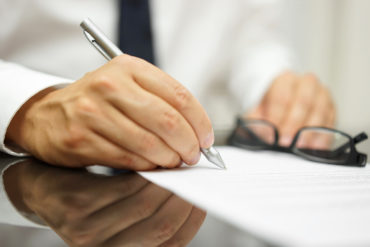 In a press release Monday, Fairfax and Zug, Switzerland-based Allied World said they “expect that all regulatory approvals that are conditions to completion” of the merger agreement, “other than the 90% minimum tender condition, will “be satisfied” on or before June 30.

The merger agreement announced Dec. 18 was valued at the time at nearly US$5 billion.

Related: Fairfax-Allied World deal among the ‘most noteworthy’ of recent insurance M&A announcements: Willis Re

“Allied World shareholders who have not yet accepted the offer are urged to do so as soon as possible,” the companies said in a press release June 26, 2017. They added that the offer and withdrawal rights “will expire” by 11:59 p.m. Eastern time this Friday, “unless the offer is extended.”

Allied World has a Canadian branch based in Toronto. In Canada, Allied World’s offerings include privacy breach, directors and officers, representations and warranty and energy risks.

In order to increase the cash component of its offer, Fairfax has third-party partners, including Alberta Investment Management Corporation and Ontario Municipal Employees Retirement System (OMERS), the latter of which announced earlier it will contribute $1 billion and take a 21% ownership stake in Allied World.

Two months before it announced the merger proposal with Allied World, Fairfax announced it agreed to buy American International Group Inc.’s local commercial and consumer insurance operations in Turkey as well as in five countries in South America.