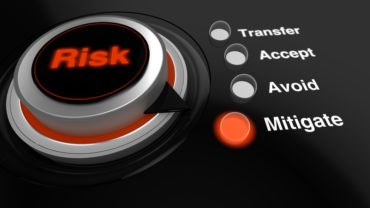 “For many years, the federal government has largely been inactive in the area of disaster risk reduction, but in just the last few years alone has come on stronger in promoting resiliency,” McGillivray tells Canadian Underwriter.

“Yesterday’s announcement shows a seriousness and commitment that we haven’t seen before,” he points out. “We hope it is just a start, as there is a lot to do.”

McGillivray is referring to funding noted in Wednesday’s federal budget.

Specifically, the newly developed, cost-shared fund will be for “built and natural, large-scale infrastructure projects supporting mitigation of natural disasters and extreme weather events and climate resilience,” the budget states.

The funding commitment is “not just a step in the right direction,” McGillivray comments, but “is a leap forward in the move toward building more resilient communities in Canada.”

Details about the fund and timing have yet to be announced.

“For years, groups like ICLR have been doing the research into what resiliency means and what actions are needed to get there. The missing piece, as always, was funding,” McGillivray (pictured below left) says. 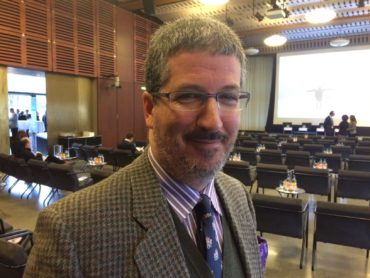 The hope is that announcement contributes to addressing that gap and, “perhaps more importantly, puts ‘resiliency’ on the map as something not just to talk about, but to actively work on,” he adds.

McGillivray further regards as encouraging the budget’s allocation of $182 million from the Green Infrastructure Fund to implement new building codes to focus on climate resilience.

In February, National Research Council Canada reported that over the next five years it will conduct research and evaluations, as well as risk analyses to “develop new solutions to factor climate resilience into the design of future buildings and infrastructure in Canada.”

“This is also a leap forward as Canada will be among the first in the world to incorporate climate change adaptation formally into its building codes,” says McGillivray.

One of ICLR’s goals is “to make the next generation of new homes more resilient to severe weather. Changing the Canadian National Model Code will likely see code changes sift down to the provincial code level, which marks a huge, positive philosophy change in Canada,” he points out.

Moving forward, McGillivray notes that building better structures and making communities more resilient through stronger, more robust critical infrastructure will advance the goal of resiliency. That said, “these measures still leave individuals (for example, private homeowners and property owners) out of the picture,” he contends.

“We can put billions in community resilience and still not see great improvements if nothing is done on the private property side,” McGillivray offers.

“We need programs to educate, inform and financially incent private property owners to invest in making their own properties more resilient,” he emphasizes.

ICLR, a centre for multi-disciplinary disaster prevention research and communications, was established by Canada’s property and casualty insurance industry as an independent, not-for-profit research institute affiliated with Western University.