The board of directors of the Insurance Brokers Association of New Brunswick has “voted to suspend a longstanding sponsorship partnership with Aviva Canada,” IBANB said in a release sent Wednesday. 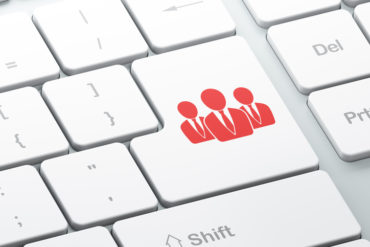 On Jan. 18, Aviva announced it is offering “team branded” home and auto insurance directly consumers, in a partnership with Maple Leaf Sports and Entertainment. The target market is fans of the Raptors and Maple Leafs sports teams.

Within a week, the Insurance Brokers Association of Ontario said that Aviva would “no longer be invited to participate in the IBAO’s Sponsorship Program for the foreseeable future.”

In 2016, Aviva completed its acquisition of RBC General Insurance Company. Aviva now has an agreement with the Royal Bank of Canada Insurance in which Aviva Canada provides policy administration and claims services.

The partnership with both RBC and Maple Leaf Sports and Entertainment “have increased brokers concerns with the direction in which Aviva continues to go,” IBANB stated in its release.

“New Brunswick has suspended Aviva’s sponsorship this past week,” said Colin Simpson, chief executive officer of IBAO, on Tuesday at the annual general meeting of the Insurance Brokers of Toronto Region.

“The multi-channel use of the same brand name creates confusion among consumers over what Aviva Insurance is and who services the account in the event of a claim,” IBANB said in its release. “It is also of great concern to brokers who have been an integral part of growing the Aviva brand through their brokerages. Having a business partner compete against you, with the same brand you have helped build, does not sit well with brokers.”

For its part, Aviva has said it “remains fully committed” to its broker partners.

“The IBANB executive continues to have ongoing dialogue with Aviva in hopes of finding solutions to this issue that can be mutually acceptable in order to ensure both the longevity of the broker distribution channel and consumer confidence and protection,” IBANB stated in its release.

“We have had multiple discussions with Aviva and we continue to have multiple discussion with Aviva,” Simpson said during his speech at the IBTR AGM, held at Le Parc in Markham. “They see the use of that brand as being to the benefit of the brokerage – ‘whether it’s competing against you or not, any exposure of their brand is good for you.’ We completely disagree.”

IBAO said it January it would no longer invite Aviva Canada to participate in IBAO’s sponsorship program.

“I will commit to you that I cannot take an insurance company’s money to promote a brand that is going to take business away from you,” Simpson told IBTR members, suggesting he draws a distinction between Aviva’s strategy and those of Intact and Economical, which sell direct to consumers through the Belair and Sonnet brands.