The story behind ICBC’s bold change to auto insurance

Why did the Insurance Corporation of B.C. (ICBC) decide to move towards a no-fault style model for auto insurance?

“I heard rumours for months that they were going to introduce a no-fault product,” consultant Willie Handler, principal at Willie Handler and Associates, told Canadian Underwriter in an interview Monday. “The reforms they introduced last year were not bringing down costs enough. On several occasions, ICBC and government representatives said, ‘If this doesn’t work, we’re going to have to try another model,’ and that model was no-fault.”

On Feb. 6, the provincial government announced its Enhanced Care model, which would remove lawyers and legal costs from the system to reduce rates by about 20%, or $400 per driver. In most cases, parties won’t be able to sue an at-fault driver. There will still be the ability to sue those convicted of certain Criminal Code offences, such as impaired driving, for additional compensation. People will also have the ability to sue some non-motorist parties, such as a pub owner or vehicle manufacturer), in certain circumstances. 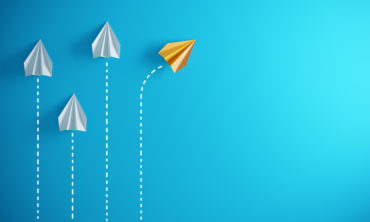 Chuck Byrne, executive director and chief operating officer of the Insurance Brokers Association of B.C. (IBABC), agreed that the reforms ICBC introduced last year were not bringing down costs as quickly as hoped. Among the introduced changes was a minor injury cap of $5,500 for pain and suffering, an increase in accident benefits to $300,000, and the availability of the Civil Resolution Tribunal to deal with less complex claims.

“Those were all well-founded and thought-through and intended to bring stability in B.C., but they and other factors just aren’t going far enough fast enough,” Byrne said Friday. He added that the minor injury cap and accident benefits limit will dissolve in May 2021 in favour of a $7.5 million catastrophic lifetime limit (which may even increase) if legislation passes in the spring.

Handler compares the new B.C. care-based model to that of Manitoba and Quebec. “What they’ve done is expanded care benefits considerably, but not to the same extent as Quebec and Manitoba, who have unlimited benefits.”

The B.C. government estimated that removing lawyers and legal costs from the system will save $1.5 billion. Is that possible? Without actuarial data, it would be difficult to say, Handler said. “However, when you look at comparable systems in other provinces, it’s probably realistic to say the costs are going to fall sufficiently to offer higher benefits and reduce premiums,” he said. “I think it’s feasible. Where they will land, it’s impossible to know.”

How about removing lawyers and (mostly) the right to sue? Handler noted that people deal with Manitoba Public Insurance and Quebec’s Crown corporation Société de l’assurance automobile du Quebec (SAAQ) without lawyer, so it is possible.

“ICBC tried to move in that direction in the past year when they expanded their ABs,” Handler said. “I think their experience was, ‘It’s not working because as long as people have a tort case as well, they’re going to have a lawyer. That is the weakness of the Ontario system. As long as you have the ability to sue, people are going to hire lawyers and the lawyers are going to say, ‘I’ll help with your AB claim.’”

B.C. is looking to introduce their new system by May of next year, which Handler calls a “very ambitious timeframe.” Then again, they already have an insurer set up and adjusters doing AB claims, so the transition is going to be easier than in other jurisdictions.