Industry players focused on resilience experts are facing a big, but unfortunately familiar, challenge: making people aware of the critical need to ensure they are prepared for natural disasters in the event they occur. 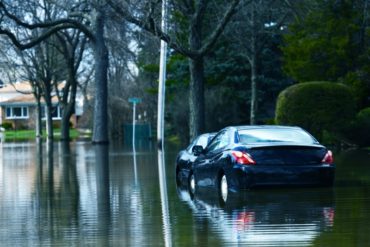 That is, at least in part, the goal of the RenaissanceRe New York Recovery & Resilience Leadership Forum, held earlier this month in New York City, notes a statement issued Monday from A.M. Best.

“What we hope to accomplish is to bring leaders together to share their understandings, views and best thoughts as to how our most disaster-exposed communities can be more resilient,” Steve Weinstein, chairman of risk science foundation for RenaissanceRe, says in the statement.

A key challenge, a main topic at this year’s forum, revolves around complacency and flood insurance in the U.S. market.

Collin O’Mara, chief executive officer and president of National Wildlife Federation, suggests government should be doing much more on the flood-prevention side, including by “trying to encourage communities to invest more in natural resources investments ­ things like the wetlands and the dunes that are going to protect those communities.”

O’Mara further pointed to the need for “better building codes, and really making those investments that are going to make people safer, rather than worrying about paying out on the back end.”

Standard & Poor’s Financial Services LLC suggested in a report in mid-June that the market for flood coverage “may end up looking very different” as a result of recent developments. These include the expiring of the U.S. National Flood Insurance Program in September 2017, and the recent approval by the House of Representatives of a bill intended to give consumers more choice in buying flood insurance, S&P pointed out.

With the expiry of the program, “there has been interest from policymakers and private insurers alike in the future form of flood insurance,” the report noted.

That said, “there may be a gradual increase in capacity and not a huge instantaneous spike in demand. We expect insurers to partner with reinsurers in underwriting and risk mitigation.”