A greater number of vehicle crashes, increased injury costs and higher vehicle repair costs are all contributing to the increase in proposed insurance rates for drivers in British Columbia, the province’s Crown corporation responsible for auto insurance said on Monday. 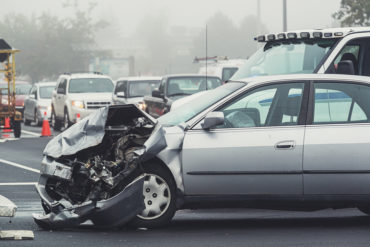 Responding to a Canadian Press story on Sunday, Insurance Corporation of British Columbia (ICBC) spokesperson Joanna Linsangan confirmed to Canadian Underwriter that there are about 875 vehicles crashes on an average day in B.C., with the number of crashes increasing by 23% between 2013 and 2016. “Based on the 2016 calendar, we spent over $5 billion on claims and related costs,” Linsangan said on Monday. “Over 365 days, that’s about $13 million a day.”

The Canadian Press also reported that B.C. is the only province with no restrictions on filling lawsuits for vehicle accident claims, “meaning victims tend to receive higher medical benefit and rehab pay-outs, but also higher legal costs for the Crown corporation.” Between 2004 and 2016, the percentage of claims involving legal representation doubled, from about 25% to more than 50%. “Claims with legal representation are more expensive, partly because of legal fees and the need for expert reports and medical tests,” the Canadian Press said.

In late July, Ernst & Young said in a report commissioned by the provincial government that the basic premiums charged by ICBC are “not high enough” to cover claims, the system is not sustainable and the cost of the average minor bodily injury claim has risen well beyond the rate of inflation since 2000. “The average driver in B.C. may need to pay almost $2,000 in annual total premiums for auto insurance by 2019, an increase of 30% over today’s rates, assuming current trends persist, the objective is to have ICBC’s rates cover its costs, and significant reform is not undertaken,” the report said.

“A redesign of the current product is required,” EY said in the 195-page report, titled Affordable and Effective Auto Insurance – a New Road Forward for British Columbia. “Due to the high levels of claims, ICBC’s near- and long-term financial condition is being seriously compromised.”

ICBC reported on its website that government and the corporation “are working on various initiatives to lower those forecasts by alleviating the escalating pressures on auto insurance rates in British Columbia.” Among those initiatives: