Four months after it announced the sale of about an eighth of a Mumbai-based general insurer, Toronto’s Fairfax Financial Holdings Ltd. said it has raised gross proceeds of US$548 million by selling another 12% of ICICI Lombard General Insurance Company Limited. 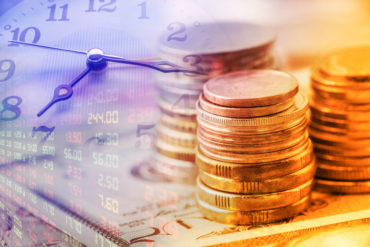 Fairfax is the parent company of Toronto-based Northbridge Insurance as well as Stamford, Conn.-based OdysseyRe, London-based Brit PLC and closed in July the acquisition of a majority interest in Allied World Assurance Company Holdings AG, a Zug, Switzerland-based writer of reinsurance and commercial insurance.

On May 27, Fairfax said it agreed to sell 12.18% of the fully diluted shares of ICICI Lombard which writes auto, home, bicycle, travel and health insurance. ICICI Lombard is a joint venture between Fairfax and ICICI Bank.

Then on Sept. 27, Fairfax said a Fairfax subsidiary, FAL Corp., sold 12% of ICICI Lombard “shares for gross proceeds of approximately US$548 million.” Those shares were “sold as part of ICICI Lombard’s initial public offering,” Fairfax noted.

“We are in a transition phase right now because we just acquired Allied World and have sold, in early July, 12% of ICICI Lombard,” added Watsa Aug. 3.

Through The Sixty Two Investment Company Ltd., Watsa effectively controls a significant minority of the voting shares of Fairfax, which Watsa founded in 1985 and is now publicly traded.

In February, 2017, Fairfax said it agreed to buy Tower Limited, based in Auckland, which writes property and casualty insurance in New Zealand, the Cook Islands, Fiji, Papua New Guinea, Samoa and Vanuatu.

In December, 2016, Fairfax and Allied World announced a friendly merger, valued at the time at about US$5 billion. That deal closed seven months later.

Fairfax now owns two-thirds of Allied World while the other third is owned by partners who contributed US$1.6 billion towards the deal. Two partners are Ontario Municipal Employees Retirement System and Alberta Investment Management Corporation (AIMCo).

London-based Brit PLC which operates in the Lloyd’s market. Fairfax bought the majority of Brit in 2015.

Total revenue for the first six months was nearly $6 billion, of which $4.2 billion was net premiums written in insurance and reinsurance while $1.38 billion was from non insurance operations, which include William Ashley China, Sporting Life, Golf Town and The Keg steakhouse chain. Fairfax Financial also owns the majority of Cara Operations Ltd., whose restaurant brands include Swiss Chalet, Harvey’s, Milestones, Montana’s, Kelsey’s, East Side Mario’s and Bier Markt, among others.