Why it costs more to fix your insured’s car (Hint: it’s not just the gadgets)

Addressing the entire vehicle safety system after an auto collision, and not just one component like a sensor, may be contributing to longer auto repair times and higher costs for insurers, Mitchell International said Thursday. 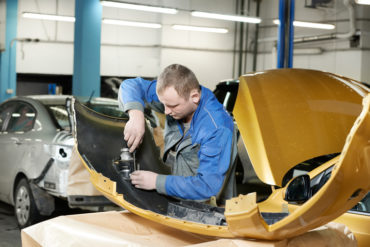 Jerry Gastineau, content manager with Mitchell’s editorial department, told Canadian Underwriter the mere fact that a sensor is in a vehicle doesn’t necessarily equate to a significantly longer, more expensive repair time. Sensors figure in as just one aspect of the vehicle’s entire safety system “ecosphere.”

“The systems are designed to work with multiple components together as a system, so if you’re replacing a sensor, that’s straightforward,” Gastineau said. “But once that’s done, I need to address the whole safety system of which that sensor is a part – that whole ecosphere.”

That’s where the challenge comes in: restoring the vehicle to its safe operating level. While there might be a small labour costs associated with fixing a sensor behind a bumper, for example, “because you are now doing that operation, you now need to recalibrate and set the system to its full safe operating condition,” Gastineau said. “That can be straightforward, or it could be complicated. It could involve complicated drive cycles where the system had to re-evaluate and learn to interpret the system’s data from [everything] all together.”

Time-consuming procedures such as diagnostics, calibration, aiming and a relearning process can extend cycle repair times; this in turn can increase an insurer’s costs through increased rental car payments, for example.

Earlier this month, Canada’s largest insurer, Intact Insurance, said new technologies and more expensive car parts have increased the cost to repair a car, driving up its auto claims costs. “Cost pressures related to physical damage are more recent and have accelerated in the last few quarters,” Intact Financial Corporation’s CEO, Charles Brindamour, said on February 7 during a conference call with financial analysts. “That is why we have meaningful rate increases in the pipeline across the country.”

Intact said that it plans to apply nation-wide for a 5% rate increase in personal auto.