RSA Canada witnessed increased underwriting profit and a solid combined ratio for 2016 despite what can only be described as a challenging year that featured Canada’s most costly insurable nat-Cat ever and a host of other adverse weather events. 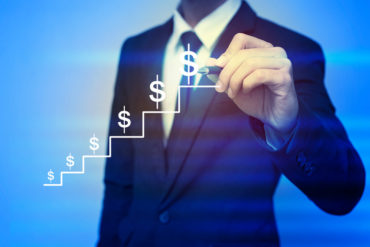 “We’re very, very pleased with the result we’ve produced in Canada and at the end of 2016,” Martin Thompson, president and CEO of RSA Canada, said Thursday during a telephone press conference.

“We faced quite a challenging year, given Fort McMurray and some adverse weather trends throughout the year. Despite all of that, we were still able to achieve a combined ratio of 94.9%, which is in line with our expectations and an underwriting result of $133 million,” representing a 6% increase year-over-year, Thompson (pictured below) reported. 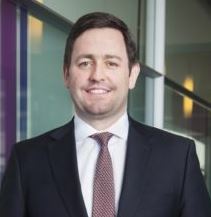 “Our underlying loss ratio, which is really the thing we would count as an acid test of whether we’re good underwriters or not,” improved by 2.5 percentage points, he said.

Among the group’s year-end results are the following:

Stephen Hester, chief executive of RSA Group, told reporters the financial results are excellent. “The global insurance industry is pretty flat at the moment, with relatively slow economic growth in all sorts of insurance threats of one sort or another.”

“We did not do any of those things on the back of unusually good weather or unusually high prior-year reserves,” he said.

“We did that on the back of a combination of three years of very hard work in improving our business, improving our underwriting and our loss ratios, improving our expenses, working hard to make our customers happier and it’s paying off,” he argued.

For Canada specifically, beyond the Fort McMurray wildfire, the country saw ice storms, flooding, severe rain and plenty of hail. Damage occurred country-wide, but again, Alberta was hit hard and often by a number of different perils.

Asked by Canadian Underwriter if RSA Canada is considering altering its offerings in light of the province’s ongoing nat-Cat experience, Thompson responded that “we’ve always strategically managed our exposure in Alberta.’

RSA Canada is slightly underweight in Alberta when one considers relative market position across the region, he said.

“Part of that has been deliberate because of the track record of nat-Cat over the last 10 years. It’s something we’re keeping an eye on,” he added.

Pointing out that there appears to be “a placing issue at play there,” Thompson noted that “we need to get some rate increase through there to pay for those catastrophes.”

That said, RSA Canada is working to improve its geographical information, including getting better mapping for, as an example, forest fires.

The insurer is also working to “get better at risk selection so that we can manage our way through that process. That’s really the way I would say that we’re trying to tackle that right now,” he responded.

Of the 13 Cat events across the country – there were also eight notable events – in 2016, nine involved hail, Catastrophe Indices and Quantification (CatIQ) has reported.

“Our job is about assessing and underwriting risk, so what we’re going to do is continue to look at those trends and decide how we react in terms of pricing,” Thompson said of hail across Canada.

“At the same time, we’re always trying to find the balance between protecting customers and also delivering for our shareholders. We’re going to continue to analyze that,” he added.

Looking at overall financial results in Canada, Thompson reported they were achieved “despite the natural catastrophes, but also (as) we’re making significant improvements in our business.”

The insurer is focused on “continuing to improve our offering to brokers through continued process improvement and through investing in technology,” he said.

The hope of RSA Canada is that it should have its first broker releases of the digital investment program, currently in the process of being tested, sometime during 2017 Q1, Thompson told reporters.

The idea is to help brokers “improve the experience of customers, get them more flexibility of offering, get them a quicker delivery and a quicker quote process,” he explained. “We are also looking at potentially working through that to see how we can actually offer brokers self-serve capability so the customers can quote directly.”

Clearly, what is being seen externally is that customer expectations are changing, Thompson said. Calling its broker channel vibrant – “we have almost $2 billion of premium” in the channel – “we feel we have a responsibility to help brokers evolve to those changing customer expectations,” he suggested.

“We’re going to continue to drive improvements and our pricing competitiveness and also our sophistication and to help brokers, all of which I think will make us a more compelling proposition for brokers as we go forward,” Thompson commented.

Steps taken to date have produced encouraging results, he pointed out. As an example, RSA Canada has “improved customer retention by almost 2 points across the system,” he reported.

“One of the big investments we made in 2015 and 2016 was in our pricing sophistication, so this is both across personal and commercial lines,” Thompson said.

That has allowed the insurer to “do deeper customer segmentation in our pricing, which means that we can actually get much sharper and much more accurate pricing for each individual customer,” he said.

In regions where the approach has been implemented, the result has been “about a 4% point uptick in our retention,” Thompson reported.

For the group as a whole, “we believe that we can be better still in the years ahead of us and we’ve set our store not just on producing good financial results, but trying to be the best company we can be and best in class,” Hester (pictured right) told reporters.

“The general insurance markets we operate in are relatively mature, consolidated and stable,” he noted in a statement. “Attractive performance is possible despite slow growth, economic and competitive challenges. It requires intense operational focus within a disciplined strategic framework.”