The insurance industry needs “a better understanding” of the probable impact of a coronal mass ejection or other extreme space event, but studies estimating losses in the hundreds of billions are pessimistic, a speaker from Swiss Re suggested Thursday at a catastrophe conference in Toronto. 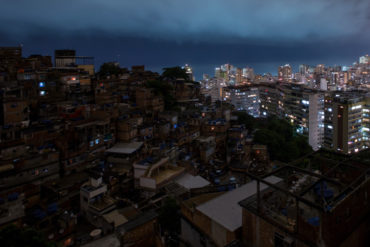 “We are worried about a big coronal mass ejection or CME from the sun hurling charged particles towards the earth, affecting the geomagnetic field and then inducing some potential problems in the infrastructure,” said Balz Grollimund, head of underwriting for Canada and the English Caribbean at Swiss Re Ltd. “We need a better understanding of the probability, effects and really model through the full chain from the CME to the impact on the grid, on society – the financial impact.”

Grollimund made his comments during the CatIQ Canadian Catastrophe Conference (C4), produced by Catastrophe Indices and Quantification Inc., a sister company to MSA Research Inc.

“The big thing that we are worried about when we talk about solar storms is the blackout scenario,” Grollimund said during the C4 session, titled Geomagnetic Storms – The Next Black Swan.

C4 was held Feb. 1 to 3 at the Allstream Centre on the Canadian National Exhibition grounds.

“How much money do I really need to put aside for a 1 in 500 year solar storm event?” Grollimund asked. “At the moment I really don’t know.”

Also speaking at the session was Luis Marti, director of reliabilty studies, standards and compliance for Hydro One, the province’s electricity distributor. Marti explained how CMEs can affect electrical current.

A geomagnetic disturbance can “increase the number of particles” in the ionosphere, Marti reported.

“If I have a current moving very slowly up in the ionosphere, I am going to have voltage induced into the wires,” Marti said. “It is a big deal because we design our power network to work at 60 Hertz. We design the transformers to work at 60 Hz – alternating current.”

But a geomagnetic disturbance could induce electrical current at a much lower frequency, he suggested.

“Transformers don’t like to have DC currents,” he said. “If you do that, two things happen. One, the voltage gets depressed. Two it starts making an awful lot of noise and three, it can overheat. ”

The impact on electrical current was discussed in a report – titled Helios Solar Storm: Technology Catastrophe Stress Test Scenario – released in November, 2016 by the Cambridge Centre for Risk Studies.

That report describes how an extreme space event can affect high voltage transmission grids in the United States. It estimated U.S. insurance industry losses from three variants of a hypothetical scenario. The report describes a hypothetical scenario developed as a stress test and does not constitute a forecast of what is likely to happen. Instead, it is designed to provide “insight into the range of exposure.” In the three scenarios, losses were estimated between US$55 billion and US$333.7 billion to the insurance industry. Global supply chain disruptions from those hypothetical scenarios are estimated at US$500 billion to US$2.7 trillion.

Studies have “come out with similar orders of magnitude of impact,” Grollimund said Thursday at C4. “Having spent some time on this and our in house experts would agree on this, they are definitely very, very, very pessimisitc. You can come up with a scenario. How realistic is it? We don’t really know.”

“What they concluded was that the most likely thing that would happen in a major event would be the voltage would be so depressed that you would end up having to turn off the system so to speak, or there would be a voltage collapse,” he said.

Both Hydro One and predecessor corporation Ontario Hydro have been “looking at” the problem of geometric disturbances since the mid 1980s, Marti said.

“We have a series of DC current monitoring stations in the network but more importantly we use the magnetic field measurements from the Ottawa geomagnetic observatory and with that, we are able to do some really cool things,” he said. “If a storm is severe enough that something may happen to a transformer, an alarm goes off.”

Hyrdo One has a rule book on how to deal with certain extreme space events, Marti suggested.

“If it is so bad that the voltages in the system are depressed then the [Independent Electricity System Operator] issues an order to start to reject load,” he said. “That’s a fancy way to say we are turning the lights off for some people and the rationale is, rather than let equipment get damaged, you might as well batten down the hatches and live to see another day. So one to two hours later, the levels are back to something that’s nice and cool, turn the lights back on and then you are on the way.”

If a geomagnetic disturbance causes damage to transformers, “the main liability to insurance comes from the fact that manufacturers cannot produce and cannot produce for a long period of time,” Grollimund said. “That will have potentially some impact and there may be some property damage because, let’s assume a steel works does not have power to keep the ovens hot. If the steel hardens, it could create some significant damage and that definitely would be covered by insurance.”

For a geomagnetic disturbance that only affects space and aviation, the impact on insurance is “very limited,” Grollimund suggested.

A “very likely” scenario is a “blackout without any damage to transformers or any other infrastructure” that is “relatively limited in time,” Grollimund said, adding the impact depends on what coverage is sold.

“Usually we wouldn’t expect any property damage because of that,” he said. “You do not get power, you cannot produce something. A restaurant cannot operate for some time and probably more relevant for the insurance industry is if you have a larger manufacturer that does not get power and cannot keep producing, there are some covers out there which would provide for that.”