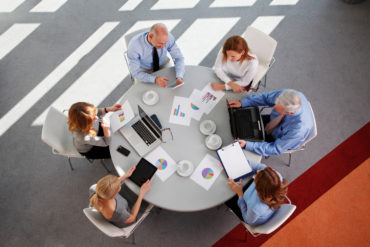 Speaking at the National Insurance Conference of Canada (NICC) in Quebec City on Oct. 2, Henderson told attendees that OSFI is “really concerned” about catastrophe coverage and reinsurance. “We do have concerns about growing trends in weather-related events, so we monitor those closely,” Henderson said during a session titled The View from OSFI. “Over the years, we have been taking a look at reinsurance activities and reinsurance is extremely important in managing catastrophe risk and we’ve found we don’t have a deep understanding of how some of that is done. So we’re looking very closely at reinsurance practices, we want to understand that somewhat better.”

Henderson reported that there will be discussions at the executive level at OSFI later in the year and that paper will “talk to many of the issues we’ve uncovered.” There’ll also be some recommended changes, he suggested.

“One of the things we’ve found is that companies don’t really understand some of the guidance, so they’re not following it,” Henderson reported. “So some of it is just clarification that is going to happen anyway. Some of the other elements get into changes that might affect capital and we need to have discussions with industry on those, find out if there are any undue or unexpected implications from that,” he said. “And there are some other areas where we just don’t have the detail and we need to get that detail, so we are going to be asking industry to help us and pull together and figure out how we respond to it from a regulatory, supervisory perspective.”

For their part, OSFI strongly encourages companies themselves to take a look at their reinsurance protection. “So we want them to do significant stress testing on their business to understand vulnerability and use reinsurance effectively to protect them,” he told conference delegates. “They need to understand when they buy reinsurance what their counterparty risk is going to be, which means they need to have some deeper understanding of how reinsurance operates. What our finding has been over the years is that many of the companies really don’t know what the counterparty risk is. There have been forms of reinsurance that tend to concentrate that risk, so we’re trying to get our handle on how much that concentration is and what effect it might have in a severely adverse catastrophic event,” he said. 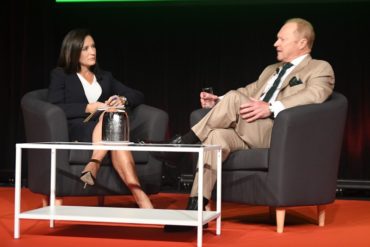 On Friday, OSFI released its 2016-2017 annual report, which included information on life insurance, property and casualty insurance (excluding mortgage insurance) and mortgage insurance. The annual report confirmed that OSFI is conducted “an expanded review of industry reinsurance practices. The objective is to ensure that institutions appropriately balance their financial resources in Canada when compared to their insurance exposures, and have comprehensive risk management practices to avoid over-reliance on reinsurance and concentrated counterparty credit risks.” OSFI plans to consult with the industry once its initial review has been completed, which may result in revisions to existing OSFI guidelines, the report said.

The report also noted that catastrophes and weather-related losses continued to be a key risk for the P&C industry and a major driver of earnings volatility over the last year. The industry reported $1.5 billion of net income in 2016, a significant decline of 67% from the previous year, mainly as a result of cat losses. The 2016 Fort McMurray wildfire – considered to be the costliest cat event in Canadian history – resulted in nearly $4 billion of insured losses and “while the event had a significant negative impact on industry profitability, most insurers have geographically diversified portfolios and adequate reinsurance strategies in place.” Other cats resulted in an additional $1 billion of losses in 2016, consistent with losses experienced in recent years, the report pointed out.

Despite these losses, the industry continues to be well-capitalized, with a relatively stable capital ratio of 269%, well above OSFI’s supervisory target of 150%.

2 Comments » for OSFI to release reinsurance discussion paper, likely by early next year